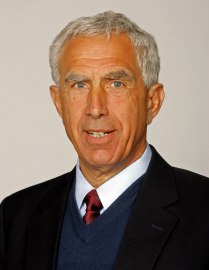 The camps are the primary fundraiser for Lauren’s First and Goal Foundation, which is a 501c3 charitable organization that provides financial support for brain tumor research and cancer services, offers financial and emotional support to families living with pediatric cancer, and increases awareness of the disease.

“Coach Pasqualoni is a very charismatic individual that will be a huge hit with the players and coaches,” said John Loose, LFG founder and defensive coordinator of the Lafayette football team. “He has been very successful everywhere he has been. His experience as head coach at Syracuse and as an assistant coach in the NFL will make for an entertaining and informative talk.”

In addition to his NFL experience, Pasqualoni finished his 14-year tenure at Syracuse as the program’s second-winningest coach with 107 victories. He guided the Orange to four Big East conference titles, including a share of one in 2004 - his final year at SU.

The link between UConn and Lauren’s First and Goal has been growing over the years as former head coach Randy Edsall spoke at the 2009 camp and now sits on the honorary board. Additionally, assistant head coach Hank Hughes, a former Lafayette assistant coach in the 1980s, has volunteered at the camp every year.

The LFG football camp is open to student-athletes who will be entering grades 9 through 12 this fall. During the one-day camp, athletes are divided into small groups and receive instruction in a variety of offensive and defensive skills from volunteer college coaches from around the country.

Registration for the camp is $30 and student-athletes can register online at www.LaurensFirstandGoal.org. Last year, almost 1,700 athletes and more than 250 college coaches participated in the camp.

Along with the PA camp, LFG also sponsors a one-day camp at Otterbein University in Ohio, which will be held on Sunday, June 26. The camps have helped the foundation raise more than $1 million since 2004.