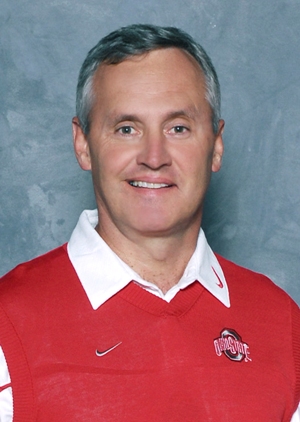 The camp is the primary fundraiser for Lauren’s First and Goal Foundation which provides financial support for brain tumor research and cancer services, offers financial and emotional support to families living with pediatric cancer, and increases awareness of the disease. Since its creation in 2004, the foundation has raised more than $820,000.

During the one-day camp, high school student-athletes receive instruction in a variety of offensive and defensive skills from volunteer college coaches from around the country. To enhance the camp experience, a guest speaker addresses the athletes about life on and away from the football field.

“Coach Tressel is probably the most recognizable person in the entire state of Ohio,” said John Loose, who founded Lauren’s First and Goal with his wife Marianne. “We are sure it will give us a huge kick start for our first camp in Ohio. He is one of the most successful college coaches in the country, and we really appreciate him donating his time to come and address the campers.”

Coach Tressel has spent nine seasons at the helm of the Buckeyes and guided Ohio State to its fifth straight Big Ten championship and a win in the Rose Bowl in 2009. A national Coach of the Year recipient, Tressel coached Ohio State to the national championship and a perfect 14-0 record in 2002. Prior to his time at Ohio State, Tressel spent 15 seasons as head coach at Youngstown State where the team won four national titles.

While Tressel will be speaking at the first-ever Ohio camp, the foundation has sponsored a camp at Lafayette College in Pennsylvania for the last six years and a camp at the University of South Florida since 2008. Last year, more than 2,100 student-athletes attended the camps and more than 340 college coaches volunteered their time.

Camp registration forms are available on our football camp page.

A way to help families who are battling childhood cancer© 2021 Lauren's First And Goal, All Rights Reserved.