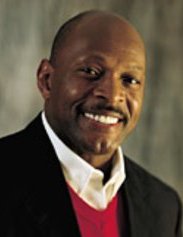 The camps are the primary fundraiser for Lauren’s First and Goal Foundation, which is a 501c3 charitable organization that provides financial support for brain tumor research and cancer services, offers financial and emotional support to families living with pediatric cancer, and increases awareness of the disease.

“Archie Griffin was one of the best college football players of all time and his impact as a leader has been tremendous,” said LFG founder John Loose. “He has a great reputation as a charismatic speaker and I know he will make a positive impact on the campers and coaches who attend the camp. We’re very lucky and appreciative that he has agreed to volunteer as our guest speaker.”

A three-time All-American at Ohio State University, Griffin was a first-round draft choice of the Cincinnati Bengals in 1976. He served as co-captain and played with the franchise for seven years before returning to Ohio State, where he now is Senior Vice President for Alumni Relations and President and CEO of the Ohio State Alumni Association. In 2006, Griffin was listed in NCAA’s “100 Most Influential Student-Athletes” and was appointed to the National Football Foundation & College Hall of Fame Board of Directors.

In addition, Griffin is very active in the community and with numerous charitable organizations. He and his wife Bonita formed the Archie and Bonita Griffin Foundation Fund that helps develop sports, educational, and travel programs for youth in central Ohio. He also is the spokesperson for the Wendy’s High School Heisman Program.

The LFG football camp is open to student-athletes who will be entering grades 9 through 12 this fall. During the one-day camp, athletes are divided into small groups and receive instruction in a variety of offensive and defensive skills from volunteer college coaches from around the country.

Registration for the camp is $30 and student-athletes can register online at www.LaurensFirstandGoal.org.

Along with the Ohio camp, LFG also sponsors a one-day camp at Lafayette College in Easton, Pa., which will be held on Sunday, June 5. The camps have helped the foundation raise more than $1 million since 2004.