Connetquot schools once again supported Lauren's First and Goal by hosting Patrice as a guest author at their fourth annual Literacy Luau. Many children, parents and educators came out to celebrate literacy in the community and in turn, supported LFG by purchasing copies of Hope is Here to Stay and Manual of Football Drill and Skills.

Error: linkLocal = 4, but newsLink is not a numeric spot. (newsLink = )

Lauren's cousin Hannah "suggested" to her fourth grade teacher Mr. Brennan that Amper would love to come and present Hope is Here to Stay to her class. Parents as Reading Partners Week at Idle Hour Elementary School provided the perfect setting for sharing the book and stories of fabulous kids in this very community who have become examples of empowerment and inspiration for helping those in need. Miss Griffith's fourth graders participated in their own presentation as well and collectively the entire group of fourth graders demonstrated exceptional enthusiasm, interest and maturity as an audience. Thank you once again for hosting a visit and supporting LFG!

The program has an annual tradition of supporting Lauren's First and Goal by hosting Patrice for an author's visit. Students had the opportunity to view the LFG website after the presentation enjoying Lauren's 2014 camp speech online.

During the month of September, the fabulous members of the East Islip Health and Fitness Center in East Islip, New York joined in a 5 class series of Yoga for Pediatric Cancer Awareness Month to benefit Lauren’s First and Goal Foundation. Each participant had the chance to enjoy stretching, release, balance, re-energizing and even a little meditation! Lauren's quote art was raffled one lucky participant at the end of the month and Michele Nilsen was that winner! Congratulations and thank you for your fantastic work and generous hearts!

As the lazy days of summer came to an end, Hannah, Erin and James enlisted the
help of friends and family to help make hand made pins and lanyards to distribute in honor of Pediatric Cancer Awareness Month in September. They used gold - the official color for kids cancer awareness and gray - the color for brain tumor awareness and created beautiful handcrafted pieces as well as information from the kids' version of the LFG website: www.laurensfirstandgoal4kids.weebly.com . Thanks cousins for helping to spread the word!

In November, long time LFG volunteer Amy, ran the New York City Marathon and collected sponsorship donations for her run to benefit the Foundation. Congratulations to Amy on your perseverance and success in this monumental achievement!

Easton Area High School Class of 2015 class gift voted to make a donation to the Foundation at the end of the school year.

We are so appreciative of all of the support from the students and staff at Easton School District. Lauren is so proud to have graduated with such a caring, spirited and generous group of students.

For the 10th year in a row, the Almost Anything Goes student captains, voted LFG as the charity of choice for the annual AAG competition. Lauren was honored as Captain of the “One Ring to Rule Them All” team – a perfect choice for this Gollum loving freak of nature!! Thank you to the Easton Red Rovers for all your years of generous support.

A wonderful group of football parents from Franklin & Marshall College made their way to Easton to supply and operate the PA camp concessions in 2015, donating all proceeds to the Foundation. Their creative use of the ‘Let us Keep the Change and Smash the Cymbal for Lauren’ caught the attention of a generous camp sponsor, Coordinated Health, who jumped in on the giving bandwagon and matched the keep the change profits, totaling more than $2000!!

Led by Head Coach Paul Darragh, the Bloomsburg University football team contributed their time and talents to help in the fight against pediatric cancer by raising nearly $1,200 for LFG.

The Huskies split up into 10 teams to each raise money from supporters of the cause with each team competing in a workout competition during spring ball. The event featured 10-man teams competing against each other in 10 grueling events. Each team member solicited donations that were then donated to Lauren's First and Goal. Thank you to the Huskies and Coach Darragh for your generosity.

One of our youngest donors ever, Benjamin Bachman celebrated his 3rd birthday in October by collecting arts and crafts supplies to stock the LFG Kids Tent for June in lieu of gifts. Benjamin is the son of one of Lauren’s most favorite history teachers at Easton High School, Brad Bachman. Thank you Bachman family for sharing your kindness and celebrating Benjamin in this awesome and generous way! 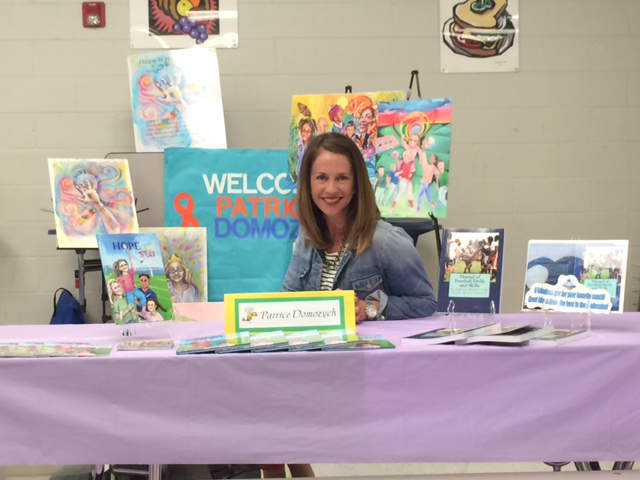 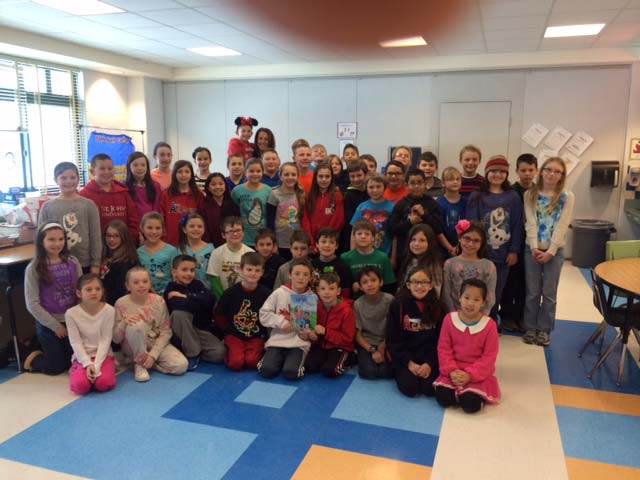 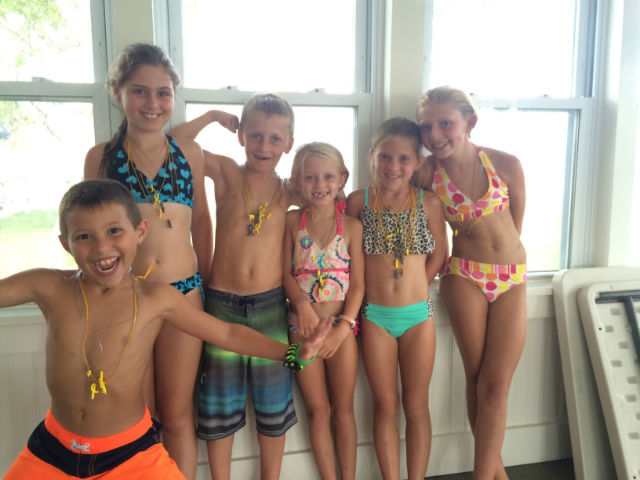 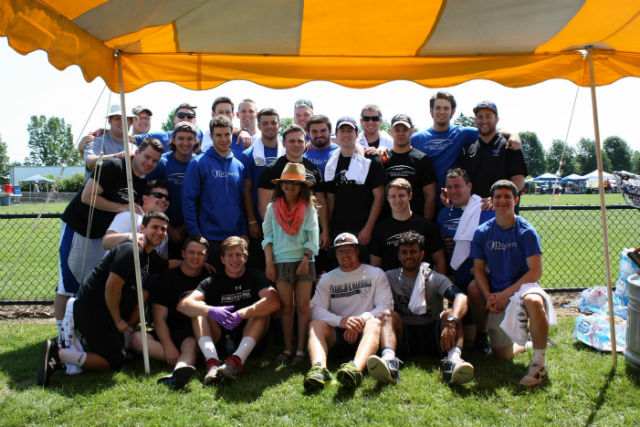 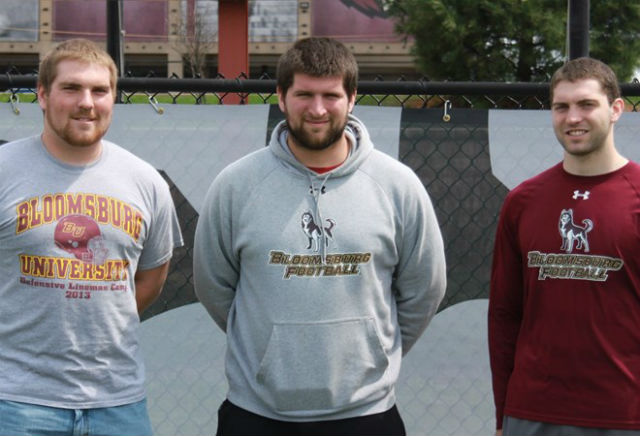